Dogs have been our most favorite creatures on this planet. Not only because they are adorable and like to play around but also because of their loyalty and support to serve us unconditionally.

However, when talking about military dog breeds, you must know that there are many breeds of dogs found around the world. Each and every breed of dog have distinctive characteristics and features.

While some dogs fit to serve as our pets, some are meant to accomplish tougher jobs. For a very long time, dogs have been acquired by the military forces. This is mainly due to their aggressive and bold nature.

These dogs are trained specifically to perform hardcore tasks on the battlefield. They are true heroes in disguise. From chasing and attacking terrorists to sniffing out drugs, these military dog breeds are stationed at combat arenas, riots, and emergency situations.

Not every dog can pass the criteria of getting selected in the military. Only those breeds of dogs that are brave and receptive to difficult situations are chosen to be a part of the forces. Here are some of the features that dogs must have to qualify for the armed forces:

Military dog breeds have proved to be an asset for the armed forces of any country. With features that normal human beings cannot possess, they are highly trained to carry out specific missions.

The most important functions that these dogs perform are:

No matter what mission or task assigned, the military dog breeds are committed to putting their best and helping their side to win the battle. They are brave and fierce on the battlefield and do no mercy to the enemy.

The dogs’ loyalty is also what matters. There is certain chemistry developed between these dogs and their trainers, which finally results in efficient teamwork. Some of the best military dog breeds that you must know about in 2021 are:

The Bloodhound has been considered the best military dog breeds for a very long time. The dogs of this breed are large and notorious. They are most popularly known for their excellent sense of smell that allows them to be trained for tracking down almost anything and everything. These instincts allow them to be preferred by the military forces for sniffing out hard drugs, explosives, and enemies in the warzone.

Most commonly used by the US military forces, the German Shepherd is a breed that is an all-rounder. They are quite convenient to train, intelligent, large, strong, and agile. This is what makes them one of the best choices among the military dog breeds. These dogs have the ability and are trained in a way to analyze the situation and remain calm or be aggressive accordingly. They have every quality required to qualify for the forces.

Referred by the name Devil Dog of the Marines, the Doberman Pinscher is one of the best military dog breeds that has served military forces since World War I. Having a glorious history as war dogs, they still continue to be on the frontline. Loyalty, intelligence, easy trainability, alertness, and protective instinct are some of the features that this breed possesses. They are appointed as combat dogs, patrol dogs, and even scouts.

Being agile, strong, alert, these dogs have been bred for hunting, herding, and bull-baiting since ancient times. Their sudden alertness around strangers is one of the most important features that this breed exhibits besides having classy good looks. These military dog breeds have been used as messenger dogs, scouts, and patrol dogs since World War I.

Being confident and always ready to work, this beautiful breed of dogs is known for its loyalty. These canines have a dangerously strong bite that makes them perfect as combat dogs. They have been used since World War I for the exchange of information between soldiers and even to hunt down enemies.

Highly preferred by the marines, these military dog breeds are a look-alike of our very favorite, German Shepherd. They possess almost similar features as of the latter, including intelligence, dependability, and convenient trainability. Their compact body structure is something that makes them best suitable for difficult missions where they could be stationed along with their bosses.

Due to their naturally gifted nose, their keen sense to smell is exceptional. Their obedience, even temper, friendliness, and easy trainability are what makes them an ideal choice as military dog breeds. They have always been on the frontline sniffing out explosives and enemies. They are, however, best suited for search and rescue missions where they act as combat stress controllers.

Their reserved personality and sudden suspense of strangers is what made them one of the best military dog breeds since World War I. This breed has long served as army war dogs for their qualities of being loyal, intelligent, alert, and protective. Till today they are appointed by the forces as patrol dogs and for detecting bombs.

The English Mastiff has been popularly known as historic war dogs. These dogs have a large, heavy structure and are known to have even been used by Romanians, Persians, Greeks, and Babylonians. These military dog breeds have been fitted with armor and spikes and used in combats.

Alaskan Mamulates and Huskies are special types of military dog breeds that are exceptionally convenient to be used on rough, patchy lands covered with ice. This military dog breed is most renowned for its ability to work on search and rescue missions. These dogs are known for their beauty and are very alert, intelligent, and friendly.

If you think about comparing with normal pups, I’d say; definitely, military dog breeds are much more elegant. It is because their lifestyle is quite different from normal pets. When in the armed forces, these dogs are treated equally as the soldiers.

They have to follow the same routine and discipline. They have been long known for their services since prehistoric wars and are continued to be trusted for assisting the armed forces. 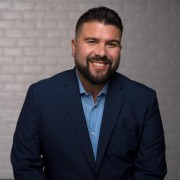 David Smith
David Smith was a single child and has grown with his beloved pet dog and cat. Though we consider them as pets for David they were like brother and sister. Spending so much time with his pets he came to realize that there are people who still need education to properly handle their pets and children. This where his journey started. Now he is the founder of The The Parents Magazine & Top Preference.
Previous

Are you planning to adopt a golden retriever puppy? Well, if you are, then you ...
By Barsha Bhattacharya
April 12, 2022
Dog

Are Dog Parks Stressful or Enjoyable for Your Dog?

There are a lot of people in the country who are presently planning to pet ...
By Suchisman Chakraborty
March 31, 2022

How To Say Cat In Russian

Abyssinian Cat: How To Take Care Of Them

Cat Breeds | Know 15 Types of Cats Breed For Every Family