Have you ever heard of A Catahoula Leopard Dog?

This high-energy breed of a Leopard Catahoula is not at all suitable for inexperienced dog owners.

However, an experienced dog parent who can fulfill this breed’s energetic demands may bring out the sweet and loving side of the Catahoula Leopard Dog’s disposition, resulting in a loyal family member.

What Is A Catahoula Leopard Dog?

According to the National Association of Louisiana Catahoulas, Inc., the Catahoula leopard dog breed is sometimes a solid color with patches of white on their chest, face, or legs.

The Catahoula’s short to medium-length single coat can have up to five different colors, consisting of one base color covered with multicolored spots and trim. Black, white, grey, silver, blue, buff, tan, and red are all possible coat colors.

The eyes of the Catahoula Leopard dog mixes are equally stunning. Although some of these dogs have brown eyes, some even have glass eyes, which are extremely rare light blue, nearly white,

Blue, green, and amber are also typical colors of their eyeballs, although varied colored eyes are not uncommon in this breed. In many cases, two colors coexist in the same eye.

The origins of this breed may be traced back to Louisiana, where local dogs were crossed with breeds imported to the United States by European explorers.

Like a Rottweiler German Shepherd, A Catahoula is also a crossbreed dog. The following breeds were used in the development of the Catahoula:

They’ve played a broad range of roles since then. Some of the roles the Catahoula Leopard Dogs have played are stock dogs, bay dogs, three dogs, watchdogs, security dogs, household pets, etc.

The Catahoula Leopard Dog is a medium-sized breed with a weight range of 50 to 95 pounds and a height of 24 inches at the withers. Despite their powerful physique, they are sleek and graceful rather than stocky.

A broad skull characterizes the head with distinct cheekbones and a long nose housing a mouth with a typical bite.

Uncropped ears droop in angular folds adjacent to the cheekbones, level with or slightly below the top of the head. The long, tapering tail should be left unlocked since it is frequently held high.

The Catahoula Leopard Dog breed is passionate, serious, and concentrated when working in the field. However, at home, they are protective, playful, and loving.

Catahoula dogs are not hostile against people if adequately socialized from puppyhood, although they are watchful and distant towards strangers.

While they may be trained to get along with dogs of the opposite sex, they are more likely to attack dogs of the same sex.

Their strong hunting drive makes them dangerous near cats and other small animals. But, on the other hand, they make good watchdogs because of their propensity to bark at strangers and strong protective instincts.

As Catahoula Leopard hounds are working dogs, they require a special diet to maintain their health and energy levels. It is an essential component for Catahoula Leopard dogs since it aids in muscular development.

Hence, you can include 22–25% protein in their daily diets. It aids with the maintenance of your dog’s coat. Moreover, make sure they get at least 8% fat regularly. The calorie count varies depending on the age, weight, and energy level of the Catahoula dogs.

You should feed 1,400 calories each day to help a Catahoula Leopard dog grow. The calorie count for an average adult is 1,000 calories. Similarly, for elderly dogs that lack energy and activity, roughly 700 calories are sufficient.

How To Take Care Of A Catahoula Leopard Dog’s Health?

The Catahoula Leopard Dogs are healthy as they work so much, but some diseases can affect this breed, such as:

You should always begin their training should begin at an early age. Catahoulas are clever dogs that form close ties with their owners, so they will always be ready to learn with you.

Training is an excellent method to keep both your Catahoula’s mind and body occupied. To retain their attention, keep sessions brief and entertaining. Positive reinforcement is a perfect strategy to strengthen that strong relationship.

If a Catahoula Leopard Dog isn’t given enough exercise, it may grow frustrated, agitated, or unhappy.

Unwanted, disruptive habits, including chewing, digging, barking, and more, can result from a lack of exercise. Although training will provide some exercise, Catahoula curs also require time outside to stretch their legs and run around.

They’ll require more than a morning stroll, which is why you should not pet this dog if you don’t have ample space in your house.

How To Groom A Catahoula Leopard Dog?

In addition to getting enough exercise and going to the doctor regularly, you should give a Catahoula high-quality dog chow developed for high-energy breeds.

Catahoula leopard dogs have thick coats that they frequently shed throughout the year. Therefore, owners should brush their dogs once a week to keep up with shedding fur.

However, during the summer, this frequency may increase.

For working Catahoula leopard hounds who spend a lot of time running in dusty or muddy areas, full washing and grooming procedures may be more frequent.

Check your Catahoula cur’s nails, ears, and teeth during grooming appointments. On top of that, make sure they haven’t picked up any parasites while working outside, such as ticks or fleas.

Brush your Catahoula’s teeth at least twice or three times a week to prevent tartar accumulation and germs from forming.

Once or twice a month, or as needed, trim his nails. The nails are too long if you can hear them clicking on the floor. Short nails help to maintain the foot in good shape.

Make sure there’s no dirt, redness, or irritation in its ears every week. Use a cotton ball and a cleaner prescribed by your dog’s breeder, and clean the ears as needed. Wipe along the ear canal’s outer border of your Catahoula Leopard with a cotton ball as well.

Ans: When it comes to family, the Catahoula Leopard Dog is highly affectionate, but if it isn’t socialized early enough, it may be apprehensive of strangers.

Catahoulas are fiercely loyal to their owners and make excellent watchdogs. This breed is not violent, but it is a natural leader.

Ans: Catahoulas are friendly, gentle, and devoted to their immediate family. The inherent herding instinct may be an issue with this breed when around small children.

Natural instincts might kick in when a herding dog, like the Catahoula Leopard Dog, sees children running around.

3: Are Catahoulas Easy To Train?

Ans: The Catahoula leopard dog is difficult to train because of its independent nature. Your Catahoula will pick up tricks rapidly only after establishing yourself as a leader. They’re a clever breed, but they’ll require some significant training to show it.

To Adopt Or Not To Adopt

Catahoula leopard dogs are frequently purchased without a thorough grasp of what it takes to own one. As a result, these dogs often wind up in the hands of rescue organizations, where they are available for adoption or fostering.

Hence, a rescue group is a fantastic place to start if you’re interested in adopting an adult Catahoula that may already be trained. You can also get your hands on some cute Catahoula puppies there.

We suggest you only adopt a Catahoula leopard dog if your house has ample space to meet the exercise requirements of this breed. For further queries, ask us in the comment box below. 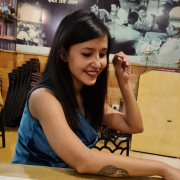 Debasmita
Debasmita Dasgupta is a creative content writer. She is an experience individual in the field of web content writing and her expertise revolves around diverse subjects. Driven by utmost passion towards writing, she ensures that clients always get a quality content from her
Previous

How Much Should A German Shepherd Puppy Eat

There are a lot of people in the country who are presently planning to pet ...
By Suchisman Chakraborty
March 31, 2022
Dog Breeds

Blackmouth mountain cur dogs are intelligent, playful, and hardworking. When do you want to adopt ...
By Rashmi
March 24, 2022
Dog Breeds

Abyssinian Cat: How To Take Care Of Them

Cat Breeds | Know 15 Types of Cats Breed For Every Family

Are Dog Treadmills A Good Idea? 5 Good Exercises For Dogs